Ujvara Hotel is headquartered in Durrës. The address of the Ujvara Hotel is Mali i Robit , Golem Golem, Golem 2504, Albania.You can be contacted at: +355 69 401 1011. You can refer to a few comments below before coming to this place. There are 273 related addresses around Ujvara Hotel already listed on soamaps.com 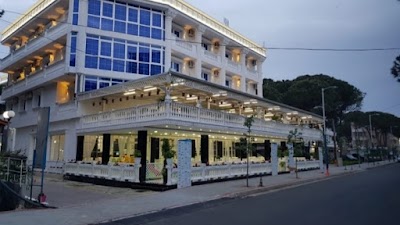 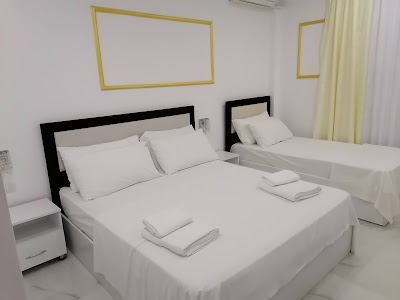 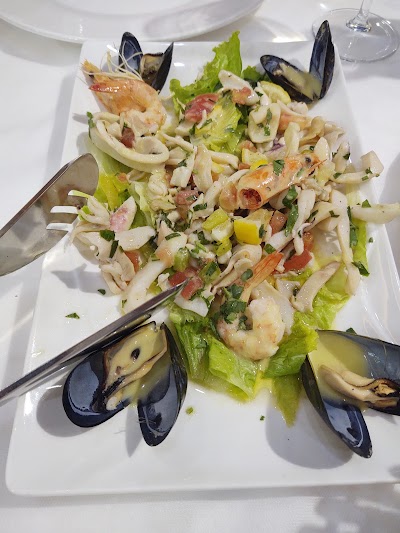 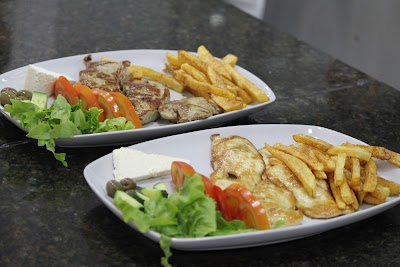 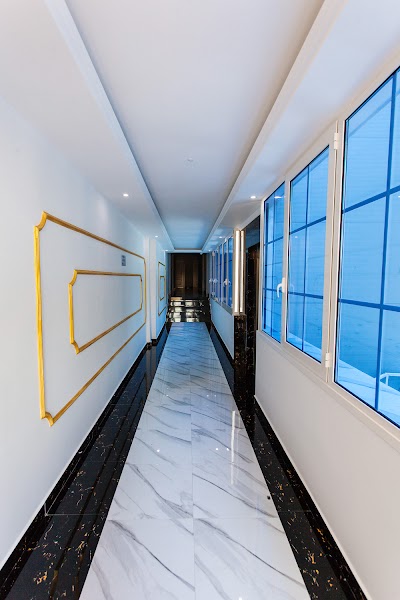 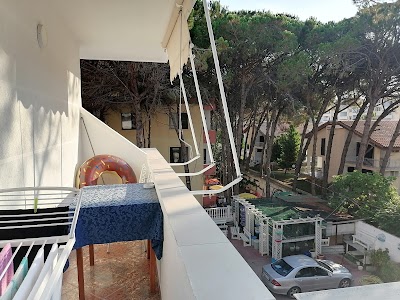 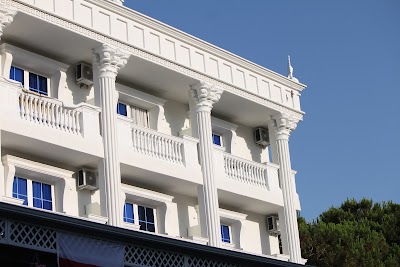 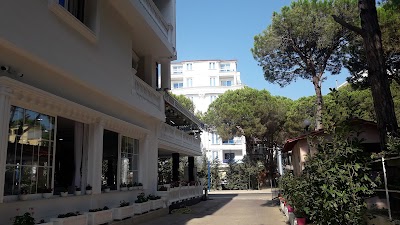 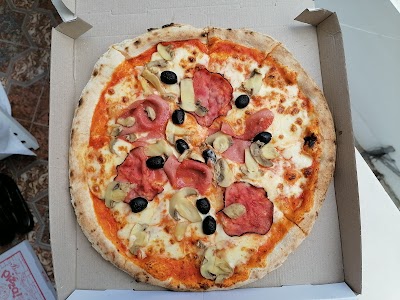 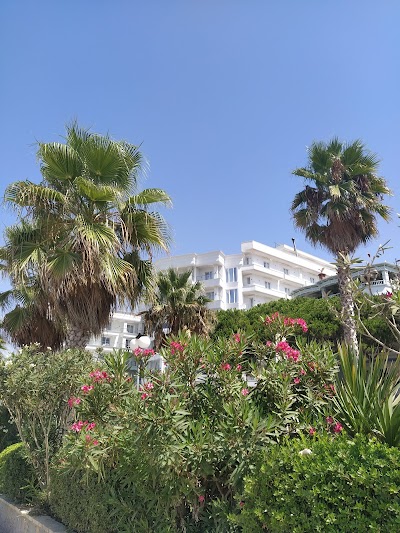 Where is Ujvara Hotel located?

How is Ujvara Hotel rated?

What days are Ujvara Hotel open?

What time does Ujvara Hotel close on weekends?

Alex Luk 09/05/2020
Probably one of the strangest hotels I have ever encountered, the most negative feelings (I have been to at least 100 hotels in different parts of the world). - I mean the hotel looks nice, it is very clean 🏨 - service of a given hotel is a complete failure, poor knowledge of foreign languages ​​(English, Russian), complete lack of culture and ethics. Extremely aggressive attitude towards guests 🤯 -the hotel does not allow guests to come to their room even for 5 minutes in the afternoon 🙍🏽‍♂️ -no possibility to order TAXI 🚕 by the hotel - restaurant food mediocre -managerka (wife of the owner) extremely unpleasant and aggressive person towards guests. I couldn't imagine a similar attitude towards the client. We probably heard a lot of profanity in our address in Albanian 🤬 -the owner himself, in turn, constantly accosts young guests of the fair sex 🤷🏽‍♂️

Stasia Feltzman 09/23/2020
The hotel is new, the renovation was in 2019. In one building there are 3 (the windows overlook the utility rooms, the rooms are a little simpler, but the price is much cheaper. Therefore, take the three, because you are going to the sea) and 4 ka (newer furniture, more telly, bathroom more practical and rich). From the airport not far, from the beach a minute walk, well, maximum two. The beach is good, sandy, gentle. The sea was different every day. With complete calm, the water was almost transparent , fish seen. This hotel has the cleanest beach and the best entrance to the sea, which was very warm. Breakfasts are not bad, but monotonous. The restaurant is wonderful, very tasty seafood, on weekends the workload is maximum, waiters that bees fly. Did not like: -in the yard the dog lives in sad conditions and barks strongly at night, three nights did not really sleep. - Personally, I was bothered by the daily presence of the owner at breakfast, as if he controlled who ate how much and his supervision on the beach. -and the fattest minus: this is cleaning. For seven days they cleaned normally in the room only 2 times, and there was always sand, in the shower there was a bunch of hair, so it always remained there, a piece of paper from candy too, while everything itself was in the trash I didn't put the bucket.

Elena 07/25/2020
The restaurant is indeed one of the best in the area. Delicious and inexpensive! Operators sell the hotel as they want: 3 *, 3 + *, 4 *, because there is no official classification. To the sea no more than 2 minutes walk. I didn't like the sea, it was shallow, muddy because of the waves, jellyfish. It's time to change the sun beds. The rooms are not large, freshly renovated, the issue with lighting is well worked out. But there is not a single shelf in the bathroom !!! And it strains a little shower, which floods everything around, because no baffle. We had a large balcony (we asked for this when buying a tour), but there are rooms with French balconies, you can't even go out there :(. Some of the rooms go out into the inner well, overlooking the kitchen. I do not recommend them. The women who clean the rooms do not know English, the Internet worked perfectly. There were no problems with the owners, but we did not ask them any questions. We were satisfied with the rest, the ratio of price and quality is normal.

Дарья Бура 09/05/2020
Had a rest in August 2020 with friends in this hotel. Read the positive reviews and looked forward to a great stay. We bought a ticket with breakfasts included and, thank God, only with breakfasts. We were "pampered" with green peaches and stale ham, sometimes decorated with mold. But that's half the trouble. Separate respect to the owner of the hotel, who persistently offered to have sex with us. Having received a refusal, he did not lose heart and continued to insist. In fact, we were very surprised, considering the spicy moment that his wife is the manager of the hotel. Now a little about this "educated" woman. The room in which we lived was cleaned every two days (if cleaning the room in their understanding is a change of towels, then in this case, I am not indignant, but once, having come to our room, the hotel manager began to shout to the whole floor "disaster "!!!, what we Belarusian dirty! This, for a second, we are not dirty, and your service a priori does not allow you to keep the apartment clean. In general, we were disappointed with the price for such accommodation and meals as well. Perhaps if every morning, start with a glass or two of the local brandy drink, then you will enjoy your rest.

Aliona 07/16/2020
On the plus side: the hotel is clean, the furniture is new, the hotel has a chic restaurant, the best in the area, the food is fresh, the dishes are clean, the waiters are friendly and fast, the portions are huge. Of the minuses: some of the rooms on the 1st and 2nd floor overlook the utility rooms, where there is a terrible noise from the hoods, the smell of the kitchen is constant, the staff smokes, it is almost impossible to sleep because of the noise, smell and lighting. I would also like to note the disrespectful attitude of the hostess towards tourists. A question arose with the settlement, which the hostess did not solve, having settled us on the first floor with access to the utility room, although the floor above was paid for. When asked to resolve the issue, they heard a stream of negativity in their direction and the answer: there are no other numbers! And the most important thing that spoiled the rest was the presence of a small dog in the courtyard of the hotel, which the owners took for their children. The dog lives in full view in a small cage meter by meter under the open sun. The dog is never released from the cage even for 5 minutes, no one plays with it, no one approaches it, they feed it with scraps once a day, the water is green and dirty, which no one changes to it, they go to the toilet right in the cage, they clean the cage it's good if once a week, there is a terrible stench and everything is covered with flies. It is impossible to look at this sight without tears! During the rest, the dog got sick, it was clear that she was feeling bad, she had an intestinal disorder, which was reported to the owners of the hotel, there was no reaction from them! Every day to relax at the hotel and watch the cruelty of the owners towards the animal is unbearable !!!